If you are looking for a video (or flash) light for your video production or photography, check out my comparison of the Godox FV200 vs Aputure 300d II. I have used the Aputure 300d II in a few projects but have not yet had a chance to test the Godox FV series so this is based on information I was able to gather on spec sheets, videos and information provided by the respective companies. Once I have both lights I will follow up with an update for a real-life test.

I know I am comparing two vastly different lights, Aputure is a high-end brand aiming at a professional market and is seen more and more on professional film sets while Godox provides a high-end light that can easily cover the needs of professional videographers. I have found myself choosing between these two lights and created this article to help you make an informed decision if you find yourself in the same spot.

We compared prices on the two prominent sellers which are BH and Amazon, the price across all regions is pretty similar with only minor differences attributed to exchange rates and import costs. In all three cases the price of the FV 200 is a little less than half of the 300d Mark 2.

On Paper the FV200 seems to output 7000 Lux more light acros one meter than the Aputure 300d II however Aputure clarifies that this measurement is taken without any diffusion or reflector while Godox does not state how the measurement was taken. We will have to run full tests once we have the FV200 but for now it seems that Godox outputs more power than the 300d II.

The light quality rating of both lights is fairly similar with only a one point difference in the TLCI measurement. Both lights seem to render light very well with a very high rating and both lights output a colour temperature of apx 5600 Kelvin. Godox inidcates in its specs that the measurement has a plus/minus of 200 Kelvin.

The Godox FV200 has a singificant difference in weight over the 300d Mark II. This can be atributed to the Aluminium housing as well as the external controller.

Last but not least, Aputure 300d II can use both V-Mount batteries as well as power cords while the FV Series can only use power cables. This is a massive advantage if you are out in the field and need a high powered light with no access to electricity. Next in Godox FV200 vs Aputure 300d II check out the new Features of both lights and how they compare.

While the Godox 200 gives you a lot of bang for buck, the Aputure 300d II definetly offers more professional shooter orientated features and functions. Future Firmware updates have been announced which will extend the functionality especially in the FX functions and the mobile app allows you to control special effects and adjust them from your phone. While the Godox FV200 does have a remote control and wifi capeability it is unknown if a mobile app will ever see the light of day.

The Godox FV series on the other hand is a hybrid flash and video light, this will come very handy to freelancers and smaller studios that do both photography and videography. The FV150 and FV200 both support 1/8000s high speed flash functionality as well as 10 continous flashes per second at 1/2 power mode. The build in Wifi X System function is compatible with most DSLR and Mirrorless Cameras. 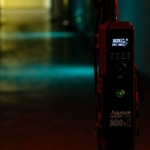 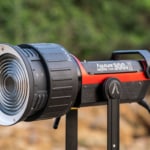 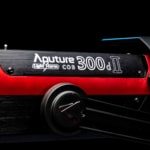 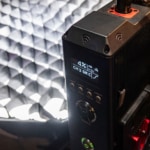 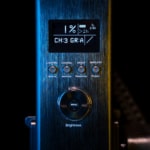 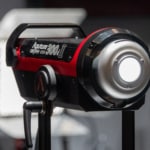 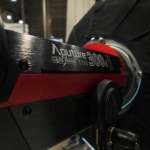 Both Aputure and Godox include the things you need to use the light along with a reflector but Aputure goes the extra step and adds a high end carry case that will keep your 300D II protected when transorting it from and to sets. If you will use the lights in the studio then this might not bother you too much but if you plan to travel to locations with the lights a carry case will be a requirements.

As the Aputure 300d II is a market leader and is making its way into the Movie Space it was expected that Aputure will have a higher-end product with more functionality and better build quality. This, however, does not mean that the Godox FV 200 or FV 150 should be dismissed as an option when buying a video light.

Godox offers a very high-end product for an affordable price if you are just starting your Photography / Videography business the FV series of lights is an affordable solution that won’t break the bank as an initial investment. Your productions will still look high and your clients will most probably never know the difference.

You really need to look at the differences and see if you need the additional functionality or features and if they are worth the additional 500 to 600 Dollars, Euros or GBP you will have to invest with Aputure.Both lights will give you a good amount of high-quality light to light your productions.

Please feel free to share any corrections or thoughts in the comments or by contacting me,

View all posts by Roman